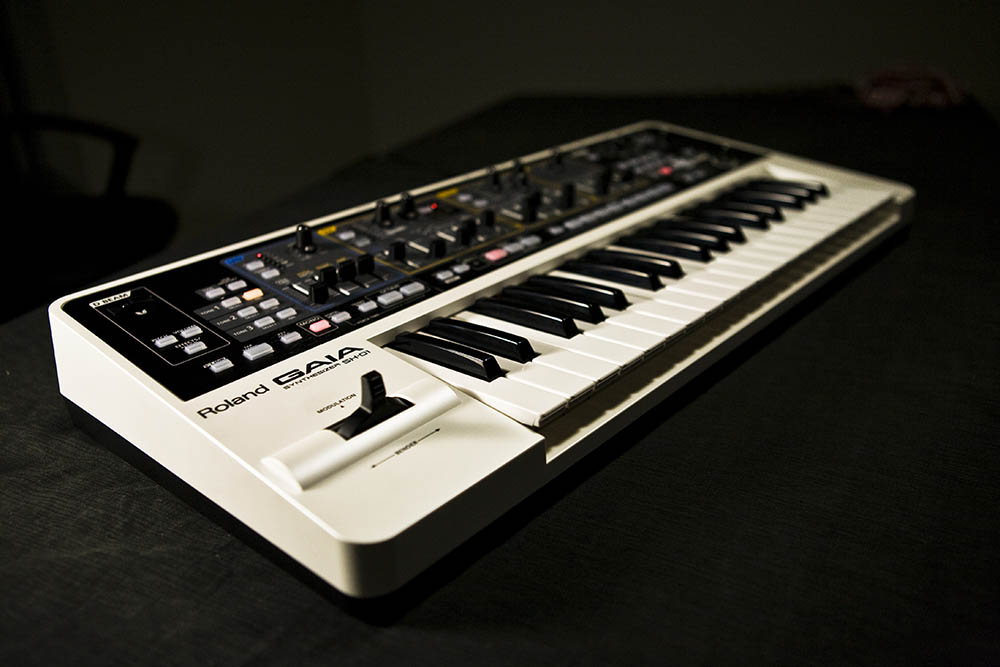 Roland has been reinvigorating its synths of yesteryear and recalling some of the company’s greater moments in monosynth wizardry, and adding a good helping of modern amenity into the bargain.

When it comes to synthesisers, Roland is without doubt the biggest name in the field. Sure there were plenty of other contenders throughout the ’90s – Ensoniq, EMU, Sequential Circuits, Kurzweil, and of course, Korg and Yamaha – but no other company seems to wield the gravitas of Roland. Its synthesis machinery covers the full gamut of musical instrumentation, from the typical keyboard-style synthetic instruments such as pianos and organs, through to guitar, bass, drums, and err… piano accordion.
This prolific output of synthesis engines has been characteristic of the company’s long-term endeavours in the field since day one. Kicking off the Roland name in 1972 with a few rhythm machines, it was a mere 12 months before the SH-1000 monophonic synthesiser was released – one of the first commercially available synths in Japan. Ever since then Roland has continually released products of note, but it’s arguably the first 12-15 years of the company’s existence that resulted in the ‘classic’ devices that command exorbitant prices today. One such notable was the SH-101: a monophonic, mono-timbral, 32-key ‘keytar’ synthesiser that won countless friends amongst the soon-to-burst electronica scene. The SH-101 sounded great, and excelled at pumping out bass lines. But that wasn’t the only attraction; the 101 was also dead easy to operate. With an ‘interface’ comprised entirely of knobs, switches, sliders and buttons, a layout that reflected the actual signal path of an oscillator as it was built up, filtered, then augmented with a volume envelope, and an LFO, the SH-101 was the perfect instrument to learn about how synthesis actually worked. It’s this legacy that Roland has now seen fit to reincarnate under the Gaia moniker, specifically dubbed – in homage to the original – the SH-01. But enough of the history lessons, let’s peruse the Roland Gaia.
The Gaia is a 37-note keyboard, with its case finished in a pearlescent white. At 4.2kg it’s extremely light, and won’t be breaking any backs when lugged to and fro’ gigs. In terms of connection, the little tike is adequately endowed: stereo outputs on two ¼-inch jacks, a headphone output, and MIDI In and Out – the latter of these acting as a V-Link port to Roland’s proprietary video control technology. There’s a footpedal input, as you might expect on any keyboard, and finally two USB ports: one for connection to your PC or Mac for MIDI control, the other for plugging in a USB memory stick. A USB memory stick can be used to save patches, sequencer phrases and system data to and from the Gaia. Speaking of which, the Gaia can store 64 user patches using the now familiar Roland eight by eight patch storage system, with a further 64 factory patches also available. Phrase memory storage amounts to a mere eight phrases, so this is presumably where the USB memory storage will come in mighty handy.

If you’re familiar with Roland’s synths of yesteryear, one look at the Gaia and you’ll be pleasantly transported back to an era when everything a synth could do was right there on the front panel. Working from left to right across the top deck, the left-hand side consists of an LFO section – the LFO can modulate any or all of three parameters: volume, pitch, and the filter, and the modulation amounts can be adjusted in both positive and negative values via 40mm faders. Next is the oscillator section, with seven waveform choices consisting of sine, saw, square, pulse width, noise, and ‘super saw’. ‘Super saw’ is apparently ‘a tone similar to seven sawtooth waves’, with additional sawtooth waves added to the fundamental tone at various pitches. It’s perfect for sizzling leads and über-lush string-synth-style pad sounds. A ‘variation’ button allows three different permutations of each waveform, so there are effectively 21 different foundations upon which to base your sound. This section includes an attack and decay envelope over pitch, which is incredibly useful for building percussion sounds, but this envelope can also affect oscillator sync or ring modulation. Following is the filter section, with 12 or 24dB slopes and far more filter types than any retro Roland synth could muster, including bandpass, high- and low-pass, and a peak filter for some nifty wha action. The filter section even sports its own ADSR envelope. The final piece of the synthesis chain is an amplitude envelope, again with ADSR control via faders.

OUT WITH THE OLD

These synthesis tools are far in advance of anything you’d find in a vintage Roland synth, and with them you can get a lot of interesting modulations and oscillator varieties happening. What’s exceptional is that you can layer three of these basic tones within a single patch to create incredibly thick and intricate sounds. Add a bunch of effects that can be sync’d to MIDI tempo or a tap-tempo button, an arpeggiator that saves its settings per patch, external stereo audio input for mixing in ‘outboard’ audio (not as in input to the filter unfortunately), and a D-Beam modulation controller and you’ve got one extremely useful synth. It’s also a lot of fun, just like those old synths from the ’70s and ’80s were. A lot of that fun is squarely due to the fact that there are no menus, screens or hidden functions (actually there are under the Shift key but exploring these deeper functions aren’t vital to generating great sounds). Every parameter has a knob, a fader, or a button. Consequently, I’m certain the Gaia will develop a huge club of admirers amongst educational facilities and those dipping their toes into the murky waters of synthesis for the first time.
But that’s not all there is to the little Gaia. USB connectivity allows the unit to interface directly with your Mac- or Windows-based DAW software – both for transmitting and receiving MIDI data and audio. That’s right, it’s an audio interface as well. Heck, there’s even a multitimbral PCM sound generator that supports GM2 sound mapping, so you can have the Gaia playing back standard MIDI files if that’s your bag, and the 64-note polyphony will certainly handle most. Plus, the Gaia will run on batteries if you wish – eight AA batteries in fact – and Roland suggests the use of NiMh rechargeables, eschewing the use of alkaline batteries or zinc-carbon batteries that mostly end up as landfill.
And the sound? Well, there’s nothing lacking sonically from the Gaia; you’ll have arpeggiated bass-lines spewing forth in a matter of seconds. If you’re after that retro monosynth-style sound, arpeggiated TB303 squelch, searing lead or even lush string-synth pads, you won’t be disappointed, but the Gaia does so much more. With three synths under the command of a single patch, you really can get some mighty interesting textures happening, and it’s a handy (44.1k) audio interface into the bargain – old school fun and functionality, with all the mod cons thrown in. Gaia is a winner in my book.