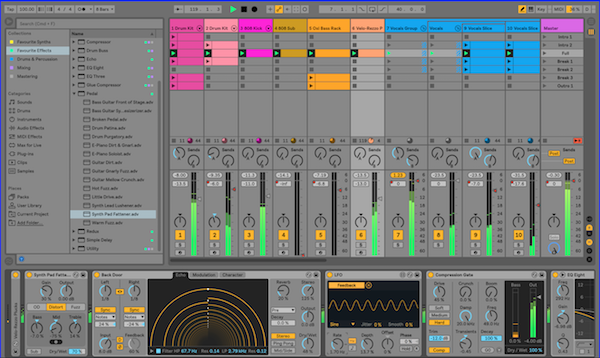 It’s finally here. After months in beta, Ableton Live 10 has finally dropped. It’s been almost five years since Ableton dropped version 9 and Push on the same day. It was the company’s first hardware product, and since then it’s released Push 2 and 9.5, but Live 10 has even tighter integrations between the software and hardware, plus loads of cool additions.

Here’s a hit list of the top five additions to Live 10, and what didn’t quite make it:

1. A new synth! Wavetable. It’s a dual-oscillator, eight-voice wavetable synth, with 11 wavetable categories from basic to harmonic, noise, and more. It’s also got a dual stage filter with all the usual Live suspects, plus all the other Live synth goodies like selectable polyphony, a full modulation matrix and unison mode. 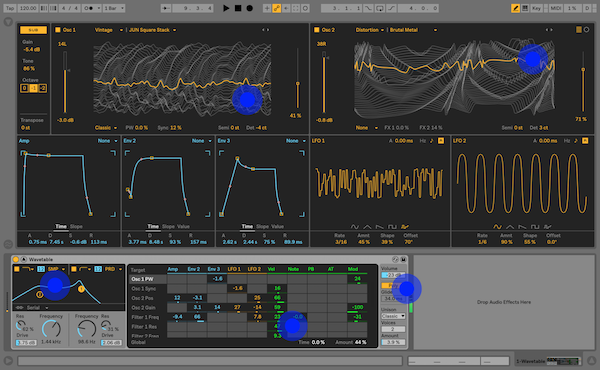 2. Three new, very usable effects. Echo is a full-fledged modulated stereo delay with editable character and a ‘ripple’ GUI for adjusting repeats. Drum Buss puts all your drum tweaking into one plug-in. It’s a distortion/harmonics device, paired with compression, transient shaping and sub boom, with a dry/wet mix control for parallel processing. Pedal is less fancy, but adds a lot more distortion flavours to your Live rig. The three flavours of overdrive, distortion and fuzz are more versatile than the current Overdrive plug-in. It also has a three-band EQ with switchable mid frequency for easy tonal sculpting. 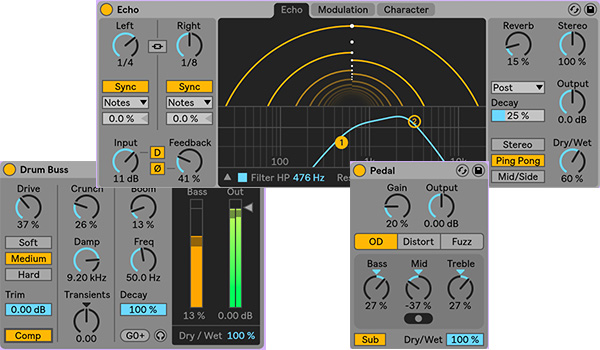 3. Capture lets you record your performance after the fact. If you’ve been jamming away, practising a part and suddenly nail. Don’t feel like you have to get it right again, Capture already has it stored away in memory.

4. Push 2 step sequencing is now way better with the ability to sequence and play realtime from the same layout, there’s also some amazing visualisations of the new plug-ins.

5. Max for Live. It’s now fully integrated, meaning it boots up at start up in the background. You can also now mix in multi-channel and surround, and… M4L devices can now send and receive SysEx data. Break out all that old gear you’ve been saving up for a time such as this!

6. Ok, I lied. Last one, I swear. Maybe three, but they’re all big workflow enhancements. Firstly, you can now edit multiple MIDI clips in one window. No more going back and forth to figure out whether the bass line is in the same key as your chords, just highlight them both and start editing. Likewise, you can now slip and edit audio on the timeline in the arrangement view! The other one is you can nest groups within groups, so you can really tidy up the performance structure.

Ableton has always hedged when it comes to delivering full polyphonic aftertouch support. presumably because it wasn’t seen as a big enough market to warrant fully addressing. However, now with a proliferation of affordable and playable MPE devices, like ROLI’s Lightpad Blocks and Seaboards, it really is time Ableton fully supports it. Multiple MIDI clip editing does make it slightly less painful, but we’re still in the realm of kidneys bursting versus heart attack.

After playing with beta, Ableton Live 10 seems worth the upgrade. Wavetable is gorgeous, the workflow enhancements are welcome, and Drum Buss and Echo will surely duke it with Glue for most used plug-ins. We’ll have a full review shortly. Made in Ableton Live: Track-Building Stories