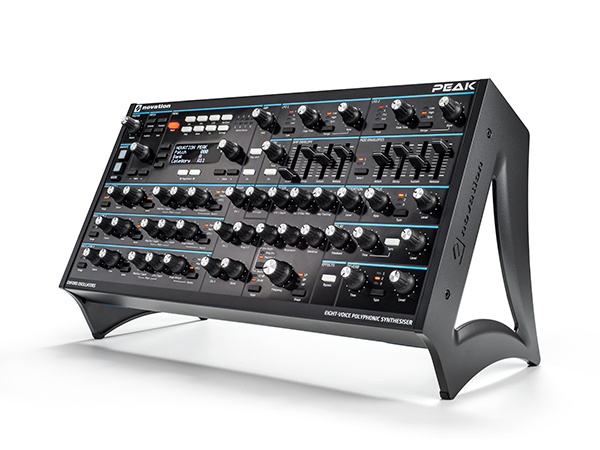 Novation has launched a new polyphonic synth called Peak, designed by Chris Huggett — the man behind Bass Station, Supernova, OSCar, and many other synths. Peak has its origin in the Bass Station II analogue monosynth.

Peak has eight voices with three New Oxford oscillators for each voice. While NCOs mean they sound analogue, they have digital flexibility via 17 digital wavetables. They can also become a linear FM source using either the analogue-sounding NCOs or digital wavetables, so are able to cross-modulate in a recursive loop.

The synth has a resonant multi-mode analogue filter for each voice, and three distortion points for each voice — pre-filter, post-filter, and global — in an analogue signal chain. Peak is capable of receiving polyphonic aftertouch which puts expression right at your fingertips. There’s also reverb, delay, and chorus effects and an onboard arpeggiator. Peak connects to modular systems via a CV mod input, and has MIDI I/O on five-pin DIN ports. Peak can also hook up to Mac or PC via USB where unlimited patches can be kept using the Components software. 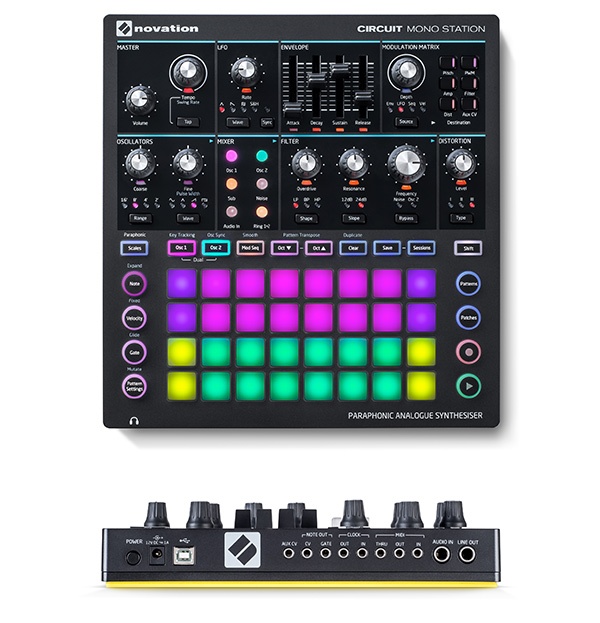 Circuit Mono Station has two oscillators that can be individually controlled, three distortion modes, plus one multi-mode filter with high-pass, low-pass or band-pass. It also offers four waveshapes, a sub oscillator, ring modulation, noise generation, plus an overdrive. Both monophonic and paraphonic modes are available. NOVATION OUT TO LAUNCH