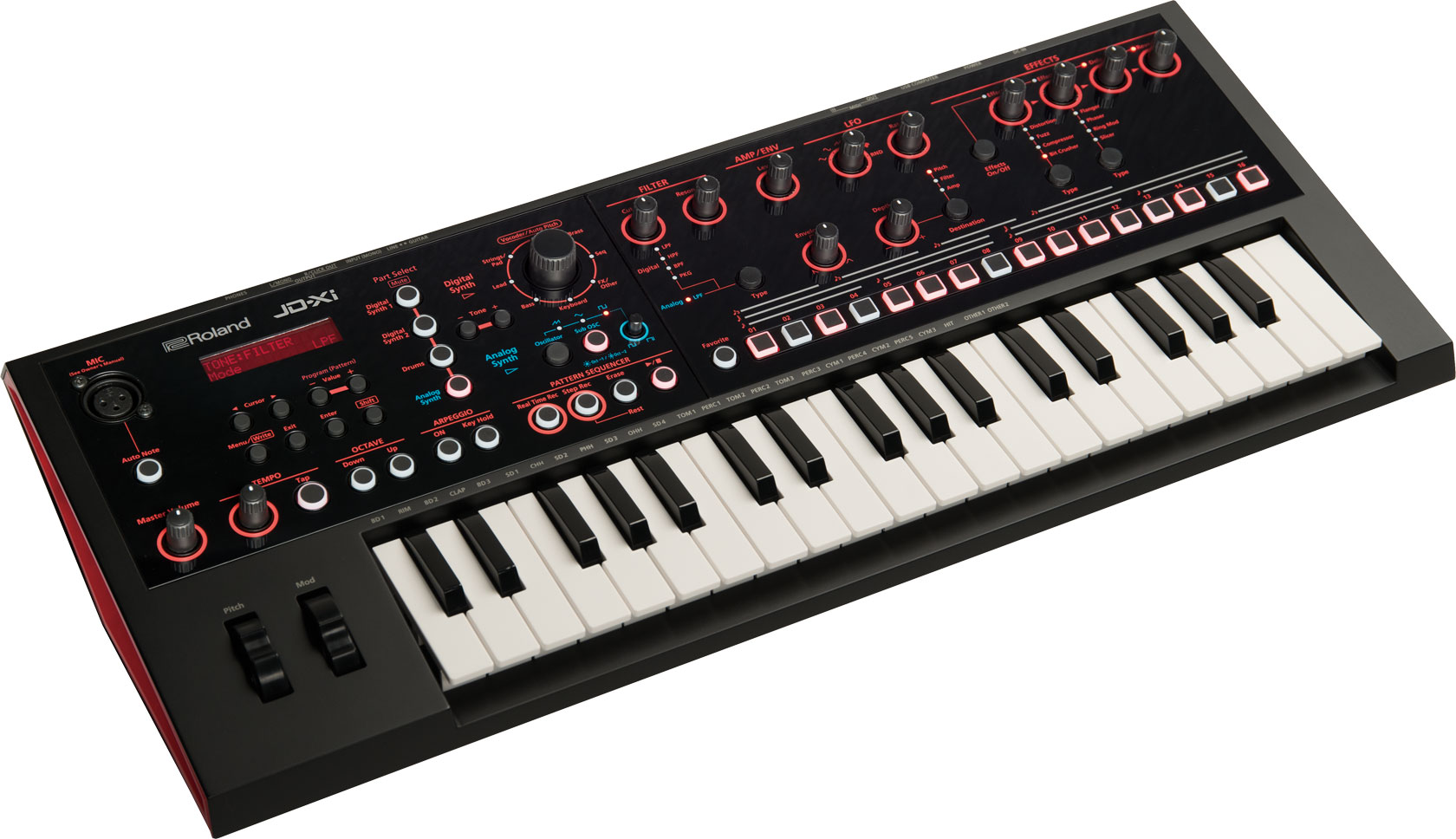 Earlier this month a sneak peek of Roland’s new analogue/digital crossover synth was uploaded to Youtube. Now the company has announced its imminent release, with more features than you can poke an autotuned gooseneck mic at.

The JD-Xi comes equipped with 37 mini keys, along with built-in drum kits, a four-track pattern sequencer, and a gooseneck mic for onboard vocal effects such as Vocoder, Auto Note and AutoPitch (no need to fix in in the mix, you can fix those soulless, robotic vocals on the fly now).

Other features include saw, triangle, and square waveforms with pulse-width modulation, an analogue filter, plus an independent sub oscillator for low-end power. Two digital synth sections offer 128-voice polyphony, and a range of SuperNATURAL-based PCM tones. Along with an effects section, that includes delay, reverb, and processing options such as Bit Crusher, Slicer, Ring Mod, amongst others.

The built-in pattern sequencer comes with presets and four separate tracks (two digital synth parts, an analogue synth, and drums), along with a TR-REC mode similar to the company’s classic TR-series beatboxes. Also, users can modify the sound of drum kits with filter, envelope, pitch, and pan parameters.

Support for both MIDI and USB, with access to a growing collection of free patches by top engineers and artists, available at Roland’s Axial sound library site.

Featuring red and black styling to match the synth, the optional CB-JDXi gig bag provides a convenient way to carry the JD-Xi and its gooseneck mic along with cables and other accessories. Yamaha at NAMM: White is the New Black