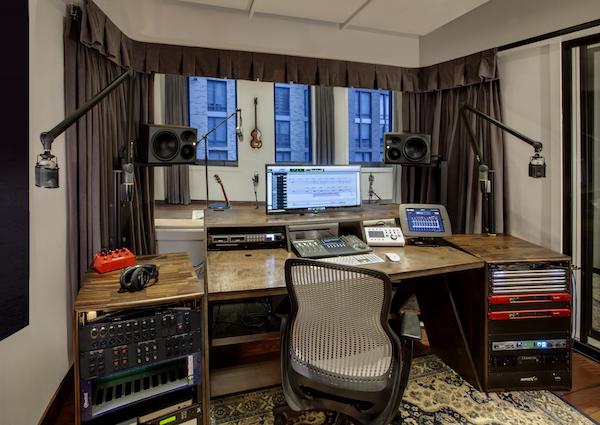 Gimlet Media, the Brooklyn-based media company behind hit podcasts like Reply All, Homecoming, The Nod and StartUp, has built itself into the hub of the modern podcast universe. Since this past summer, it also has a new headquarters: 27,000 square feet of downtown Brooklyn space into which it’s built a combination of offices and studio suites that are already busy turning out dozens of new episodes weekly. One key element that has made Gimlet Media’s new digs so efficient is the use of components from the RedNet range of Dante-networked audio converters and interfaces from Focusrite.

A total of 15 RedNet MP8R eight-channel mic pre and A/D converters equip all 13 studios, as well as six RedNet AM2 stereo audio monitoring units. MP8R’s are assigned to each podcast studio, acting as the mic pres for each studio and interfacing with the QSC Q-SYS backbone, which handles routing and signal processing. The six AM2 units are distributed as needed throughout the production facility and are used by note-takers who transcribe and otherwise chronicle the podcast production process, allowing them to be connected to the sessions without needing to be inside the studio itself. All of the RedNet products were purchased through Sound, Production & Lighting (SPL), the Chicago-area-based AV integrator on the project. 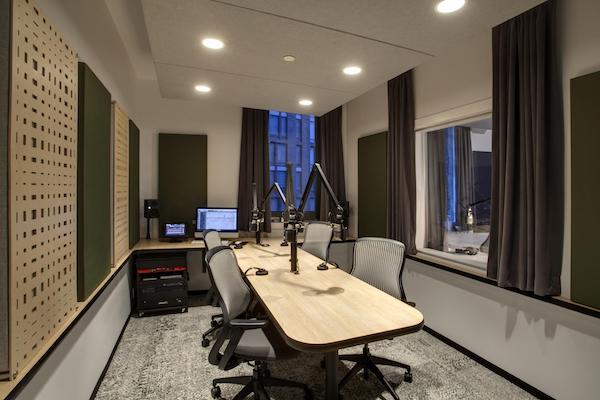 “The RedNet MP8R units are great — they solve two issues,” says Austin Thompson, Technical Director at Gimlet Media. “First, we’re very focused on audio quality here, so the Focusrite pre-amps were the right choice — they sound fantastic. We’re using microphones that need a lot of clean gain, which the MP8Rs give them. We did a comparison with a number of other pre-amps, and nothing came close.” Then there was the ease of setup. “We have a large, complex IT infrastructure here, and even though our IT firm has a lot of experience working with rich-media clients, it was still a considerable learning curve, with a number of languages on the system,” Thompson explains. Finally, he adds, the MP8R’s and AM2’s compatibility with both AES67, which facilitates from the mic pre-amp through Q-SYS for monitoring, and Dante, which is the interconnect format for the facility’s Avid Pro Tools systems, made a huge difference. “Q-SYS speaks AES67 inherently at 48k, so all routing — the MP8Rs to Q-SYS and Q-SYS back to headphone distribution — is in AES67,” he explains. “Q-SYS then sends an additional discreet post-fader Dante feed out to the Pro Tools computers in each studio, and also applies sample-rate conversion to that feed so that we can capture at 44.1kHz. RedNet is easy to use, which was a requirement we had so that our producers could access all of their archive content with a minimum of instruction. The MP8R and the AM2 hit all of the points we needed to address for connectivity here, and we’re planning on putting more of them in place in the future.” Focusrite FAST Plug-ins and The Collective Emulate The Focusrite Studio Console In Your DAW Focusrite at NAMM: New Additions to the ISA Line